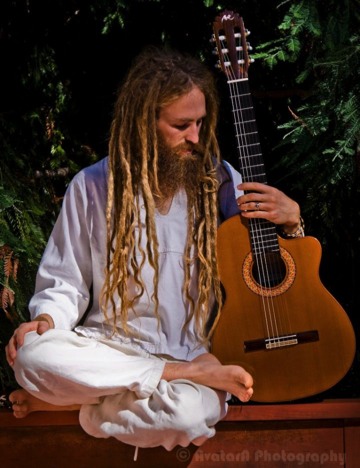 Shimshai, recording artist: "Shimshai is a heart-centered musical prodigy and one of the most gifted performers I've ever experienced". ~Bruce Pavitt (Founder of Seattle based Sub-Pop Records, Nirvana’s first record label)

Whether singing the ancient Sanskrit mantras of India, age-old Hebrew prayers, traditional folklore of South America, or performing his original works of divine inspiration, Shimshai’s music invokes a sentiment of ancestral devotion and a dedication to higher consciousness. A self-proclaimed seeker of truth, described by many as possessing the voice of an angel, Shimshai is gifted with the innate ability to deliver his message flawlessly in several languages; most profoundly the universal language of Love and Oneness.

"Shimshai's music emanates a divine presence and a quality of peace, a truly 'natural mystic' energy that flows into the hearts of his listeners. His musicality is superb, as is that of his bandmates, and his singing is sublime and transcendent." -Jai Uttal