A treasure in both content and form, this inspirational book artfully conveys the essence of India.

A work of humanity on a universal scale, a work of reconciliation between nature and culture, Indian Wisdom celebrates those who live in harmony with the forces of earth and sky, who aspire to nirvana—the highest level of heart-, body-, and mind-consciousness.

This remarkable book by Danielle and Olivier Föllmi, authors of 15 previous books on Buddhism, presents the wise words of a great master, philosopher, or poet for every day of the year, accompanied by Olivier's beautiful, moving photographs of Indian people and places. The effect is transformative, awakening our senses and preparing our souls to receive these simple yet profound teachings.

Contemporary specialists on Indian culture have contributed to Indian Wisdom, which draws on such ancient yet timeless sources as poems by Rabindranath Tagore and Krishnamurti; the longest epic in world literature, the Mahabharata; and the most significant of the Hindu sacred writings, the Vedas.

"The official photographers of the Dalai Lama train their lenses on modern India and package nearly 400 images into a weighty volume of colorful spreads, one for each day of the year. Ranging from majestic landscapes to intimate portraits, each picture is displayed alongside musings from a venerated Indian thinker or poet whose words resonate with some image or mood conveyed in the photograph. A quote from Gandhi accompanies a snapshot of a female silhouette with hands pressed against a gigantic boulder: 'Strength does not come from physical capacity. It comes from an indomitable will.' Gandhi's aphorisms crop up repeatedly; other muses include Krishnamurti, Buddha and the Dalai Lama himself. Capturing a mosaic of scenes—from the bright and whimsical to the pensive and shadowy, and from tranquil nature scenes to bustling bazaars—the photographs depict the multi-faceted mystique of India, cradle of Eastern religion and font of spirituality. All in all, this is a lyrical expression of wisdom borne of and shaped by a culture's rich heritage."
—Publishers Weekly

Danielle Pons and Olivier Föllmi were born to find each other: so there could be no doubt, Himalayan Gods have knitted them a single destiny.

They were very young when they first met. Danielle had just started medical studies and Oliver was backpacking around India and Nepal…

After acquiring her PhD in tropical medicine, Danielle joined Médecins sans Frontiers and went off to work in Laos, Cambodia and Panama. During Olivier's long absences, she specialised in anaesthesia, reanimation and cardiac surgery and worked in Switzerland.

They married in 1984, and founded a family by adopting four Tibetan children: Motup, Diskit, Pema and Yvan.

Their lives have become a continual round of comings and goings, but they have always wanted to share the emotion of these travels with the largest number of people possible: a book or photos and writings are a real ode to life, and are born from each adventure.

Today, at the age where the picture of life is revealed little by little by light and dark touches, they are putting the finishing touches to their quest through a new work: Mankind, the achievement of a life as a couple that they would like to share with others. 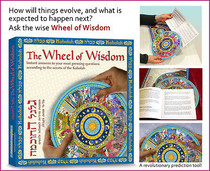