This uplifting picture of Mahavatar Babaji can be purchased as a magnet, wallet card or print.

Some of these meetings were described by Paramahansa Yogananda in his book Autobiography of a Yogi, including a first hand telling of Yogananda's own meeting with Mahavatar Babaji.

Another first hand account was given by Sri Yukteswar Giri in his book The Holy Science.

All of these accounts, along with additional meetings with Mahavatar Babaji, are described in various biographies of those mentioned by Yogananda.

Mahavatar Babaji's real name and date of birth are not known, so those who met him during that period all called him by the title first given to him by Lahiri Mahasaya. 'Mahavatar' means 'great avatar', and 'Babaji' simply means 'revered father'. 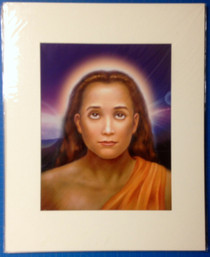 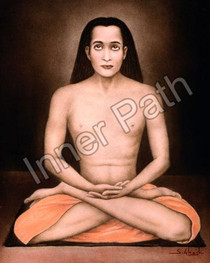 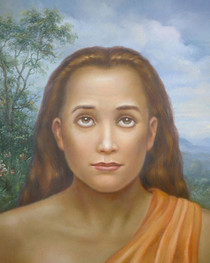