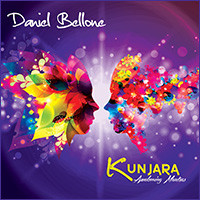 This is the first album from kirtan artist Daniel Bellone.  Here's what he has to say:

"Kunjara" is the fruit of five years of work and growth in consciousness, with the vision of bringing together all the power of Sanskrit Mantras and Divine energies that come along into a sphere of inspiring tunes, making these ancestral chants into songs that everybody can enjoy. The whole album is one single piece, a continuum, the flow

of life, where everything is connected. It's conceived as a circular album where the end brings you to the beginning, composed in a single key.

This devotional music in the path of Bhakti Yoga is empowered with the phenomenon of Deeksha, a wave of transformation that brings about a shift in consciousness towards "Awakening" and "God Realization". Mantras have the power to make you experience an altered state of consciousness where you can see reality "as it is" transcending your personal limitations, connecting you to the higher realms of life.

"Mukthi Mantra", the 9th track of the album, invokes the highest name of the Divine
~ Sat Chit Ananda ~ Chanting along for seven consecutive loops (49 minutes) Mukthi Deeksha is a very auspicious way to bring about Spiritual Awakening.

Ben Leinbach, the producer of the album, is one of the most prominent producers in the genre, working with all the best known kirtan singers in the world and having produced several extraordinary albums himself.

The sublime backing vocals where performed by "Sunayana" (Maria Vigil), with profound love and dedication after listening to the songs for several months and
collaborating also with the art cover.
"Robert Nicholson" plays the transverse flute in "Twameva".

We're living in times of immense transformation. This journey of "Awakening Through Music" is the most natural and joyful way of sharing and experiencing life in all its glory. 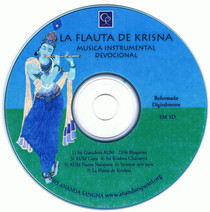 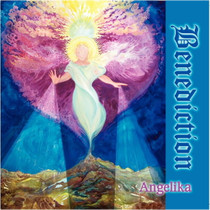