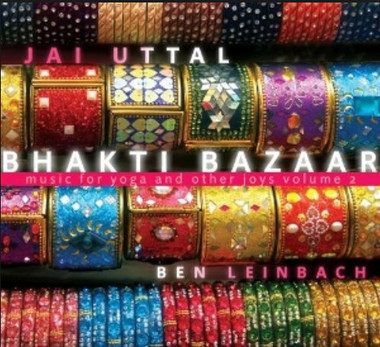 BHAKTI BAZAAR marks the second collaboration of Jai Uttal and Ben Leinbach, following their acclaimed spiritual CD MUSIC FOR YOGA AND OTHER JOYS from 2004. Once again the pair conjure a sublime atmosphere of Asian instrumentation and kirtan chant that is tailor-made for yoga and meditation work. The rhythms are mellow, featuring the pulsing thump of the tabla amidst light percussion. The bamboo flutes of Manose pirouette throughout the recording, providing lightness and grace to the music, while guitar, banjo and dotar add depth. Uttal handles the vocals on the album, chanting familiar mantras like "Rama Bolo" and "Ganga Ma" while vocalist Tina Malia joins as a backing artist. The music has a laid-back Middle Eastern/Indian fusion flair to it, that makes for an exotic, intoxicating listening experience.

Jai Uttal is a pioneer in the world music community. His eclectic east meets-west sound has put his music at the forefront of the world fusion movement. Jai Uttal's musical roots embrace a rich variety of cultures and traditions that span the globe and the centuries. From the hillbilly music of the Appalachian Mountains to the passionate strains of Bengali street singers, from the haunting rhythms and melodies of ancient India to contemporary electric rock sounds, Jai's music distills the essence of diverse musical forms.

As a child in New York City, Jai's home was filled with music. He began studying classical piano at the age of seven, and later learned to play old time banjo, harmonica, and guitar. His musical interests encompassed a wide variety of styles, and over the years he experimented with many forms of musical expression.

Eventually this led him to the work of India's National Living Treasure, Ali Akbar Khan. At the age of 19, Jai moved to California to become a student of Khansahib for traditional voice training and to learn the sarod, a 25-stringed Indian instrument. Later he traveled to India where he was deeply inspired by the Bauls, the wandering street musicians of Bengal. Jai settled among them, communicating only through music, which ultimately helped establish his unique style.

During these early visits to India, Jai also met his Guru, Neem Karoli Baba, and spent time with many great beings of both the Hindu and Buddhist traditions. He became deeply absorbed in the practice of kirtan, the ancient yoga of chanting, or singing to God. This form of prayer became the core of his musical and spiritual life.

When jai returned to the US, his music had been transformed. He continued to study Indian music diligently while also performing in reggae, motown, punk, and blues bands. He also began leading kirtan groups all over the country. The combination of Jai's exceptional vocals and exotic instrumentation produced a new and captivating sound. In 1991 Triloka Records released his debut album, "Footprints", featuring world music innovator Don Cherry and Indian vocalist Lakshmi Shankar. The album received critical acclaim and led Jai and his band, the Pagan Love Orchestra, to international prominence. By the time his second album, "Monkey", was released in 1993, Jai and the Pagan Love Orchestra had an enormous fan base with a top ten record on the world music charts. In 1994, Beggars and Saints was released, a tribute to the Bauls of Bengal, and again the album received international recognition, solidifying Jai Uttal's position as a world music visionary. During this time, Jai also produced two CD's for his teacher Ustad Ali Akbar Khan. Combining the brilliance of Khansahib's playing and composing with Western orchestration, "Journey" and "Garden of Dreams" became extrem 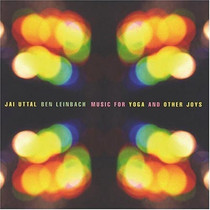 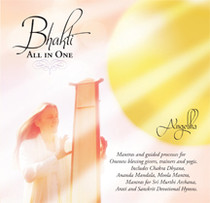 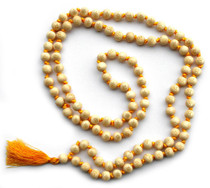