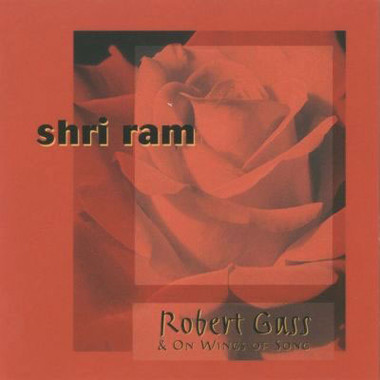 With his album Om Namah Shivaya, Robert Gass and his spiritually inspired troupe of singers breathed new life into the ancient Sanskrit chant of the title by pairing the words with dreamy Western instrumentation.

The first track, "Serenity" offers a slow, meditative take on the mantra, comprised mainly of soothing female vocals. The second, "Dance of Joy," presents a much more celebratory approach to the chant.

The singers of On Wings of Song once again prove to be unparalleled in their ability to evoke atmospheres that blend spirituality with ethereal beauty.

Robert Gass has been known for leading edge work in human consciousness and organizational change for over 30 years. Holding a doctorate in Clinical Psychology and Organizational Development from Harvard University, his work synthesizes an unusually diverse background in humanistic psychology, organizational behavior, social change, business, music and spiritual studies.

Robert was the former President of ARC International, a global consulting and training company specializing in transformational change with Fortune 500 companies. As an organizational consultant, he has worked at the most senior levels with corporations such as General Motors, Chase Manhattan, Pillsbury, Textron and Motorola. Robert has for many years served as executive coach to well-known business, non-profit, political and spiritual leaders.

Co-creator of the Opening the Heart workshops, Robert has offered seminars to over 100,000 individuals on leadership, relationships (with his wife, Judith) and spirituality at universities, educational centers and conferences around the world including the Conference Board, the American Academy of Psychotherapy, the Institute of Cultural Affairs (China), Omega Institute, Brown University, Auroville (India), the U.S. Environmental Protection Agency, and the U.N. Peace University in Costa Rica.

Also a highly-regarded composer, performer and recording artist, Robert has released over 20 albums of music to uplift the human spirit with his renowned singing group, On Wings of Song. His musical career spans classical, rock and chant, is founder of the independent label, Spring Hill Music having sold over 600,000 copies of his chant CDs. His recording of Om Namaha Shivaya was hailed by New Age Journal as "one of the twenty most influential recordings of the last twenty years."

Robert's current work focuses on leadership development and movement building for progressive social change. Designer of the Rockwood Art of Leadership trainings, he has trained environmental, human rights, peace and social justice leaders across North America, in the inner and outer arts of leadership. Robert was the former Board Chair of Greenpeace USA, and currently consults to activist groups such as the Tides Foundation, the National Voice Coalition, Rainforest Action Network, Friends of the Earth, the Win without War Coalition. and MoveOn.org.

Robert lives in Boulder, Co, and has raised three children with his life partner of 37 years, Judith Ansara.