Hildegard of Bingen, twelfth-century German nun, mystic, prophet, composer and political moralist, was widely consulted as an oracle and wrote prolifically on doctrinal matters, as well as on secular matters like medicine.

She publicly preached monastic reform, founded two nunneries, and was embroiled in the politics surrounding popes and anti-popes.

Scivias, her major religious work, consists of twenty-six visions, which are first set down literally as she saw them, and are then explained exegetically. A few of the topic covered in the visions are the charity of Christ, the nature of the universe, the kingdom of God, the fall of man, sanctification, and the end of the world. Special emphasis is given to the sacraments of marriage and the Eucharist, in response to the Cathar heresy.

As a group the visions form a theological summa of Christian doctrine. At the end of the Scivias are hymns of praise and a short play, probably an early draft of Ordo virtutum, the first known morality play. Hildegard is remarkable for being able to unite " vision with doctrine, religion with science, charismatic jubilation with prophetic indignation, and longing for social order with quest for social justice." This volume elucidates the life of medieval women, and is a striking example of a special form of Christian spirituality. 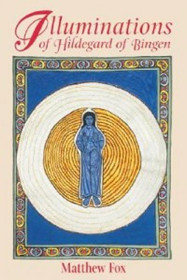 Illuminations of Hildegard of Bingen $20.00 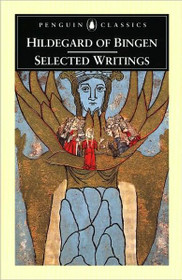 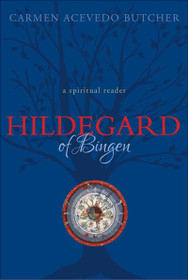 Hildegard of Bingen: A Spiritual Reader $17.99 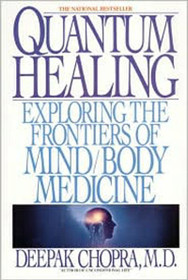