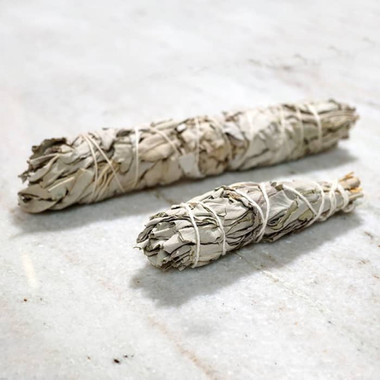 This Organic White Sage Wand is intended for smudging - purifying and clearing energy in your environment.

The modern-day practice of burning sage (or sage combined with other dried herbs) in personal smudging rituals and ceremonies is based on a combination of the spiritual, medicinal, herbal and cultural teachings of the past.

Essentially, a smudge ritual or a smudge ceremony is performed to correct the energy in a home, in an office, in an object, or even in a person. This is accomplished by burning sage or sage and a combination of herbs, in a focused, intentional way to cleanse out negative energy and to replenish positive, healing energy.

Note: Do not burn sage in the presence of pregnant women.

California White Sage is a sacred and beautiful evergreen perennial shrub that has been used for medicinal and ceremonial purposes by Native American tribes in California for centuries. The whitish-green leaves have oils and resins that release a strong, invigorating and healing aroma when rubbed, distilled, or smudged.

This California White Sage is certified organic, grown and distilled here in California with the greatest care and kept in its purest form. White Sage can truly be considered one of the wisest medicinal and sacred plants in the world and they believe that miracles of nature should be shared. 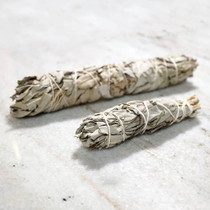 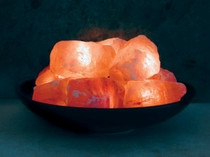