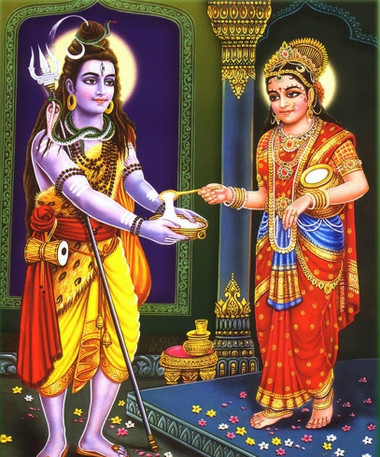 A foam back picture of Parvati feeding Lord Shiva.

Shiva and Parvati often played Dice in their conjugal abode on Mount Kailasa . Once to make the game more exciting and interesting, Shiva asked Parvati to bet her Jewels and he betted his trident. If he won, he would get Parvati's jewels. If Parvati won, she would get Shiva's trident. But Parvati won the game and Shiva lost his trident to her. Not to give up so easily, Shiva now betted his serpent in the next game. That also he lost to Parvati.

Then in a bid to win the consequent games that followed, he kept wagering all his possessions - his skull bowl, his rudraksha beads, his ash, his drum, his smoking pipe and even his loin cloth - he lost them all to Parvati in the Game of Dice.

Humiliated by his defeat, Shiva went off in seclusion to the Deodar Forest . Seeing his plight, Lord Vishnu offered to help and asked him to play again with Parvati assuring him that this time he would definitely win all the games of Dice, thus regaining back his possessions from Parvati.

So Shiva went back to Parvati and enticed her for another round of games. He won all of them but Parvati felt suspicious of Shiva's sudden success, calling him a Cheat. Shiva outraged by the accusation, demanded an apology. It led to heated debates and hurling of insults and abuses between the couple.

Seeing their Commotion, Vishnu came to pacify them. He revealed to Parvati the secret of Shiva's victories. He said that his spirit had entered the dice and that the dice didn't work according to their moves but as per his wish. So neither Shiva had really won nor had Parvati actually lost. The game was an illusion and their quarrel was a product of their delusion.

On hearing Vishnu, Shiva and Parvati realised that life was like their game of dice - very unpredictable and beyond control.

Parvati, mother of all material things including food, lost her temper. "If I am just an illusion, let's see how you and the rest of the world get along without me," she said and disappeared from the world.

Her disappearance caused havoc in the cosmos. Time stood still, seasons did not change, the earth became barren and there was a terrible drought. There was no food to be found in the three worlds of Akaash, Pataal and Dharti. Gods, demons and humans kept suffering from the pangs of hunger. "Salvation makes no sense to an empty stomach", cried the sages.

Seeing all the suffering, Parvati's heart melted and she appeared at Kashi and set up a Kitchen. Hearing about her return, Shiva ran to her with all other hungry mendicants and presented his bowl in alms saying, "Now I realise that the material world, like the spirit, cannot be dismissed as an illusion."

Parvati smiled and fed Shiva with her own hands.

Since then Parvati is worshipped as Annapoorna Devi - the Goddess of Food.

The image of Parvati serving food to her hermit-husband, Shiva adorns one of the temples at Kashi, Varanasi (U.P. India) where devotees offer prayers.

It is said that she does not eat a morsel unless all her devotees have been fed the Bhog-Prashad in her temple. 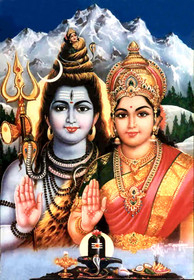 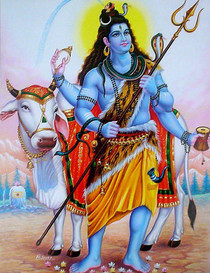 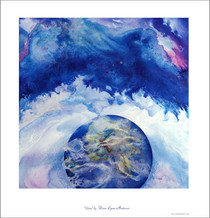