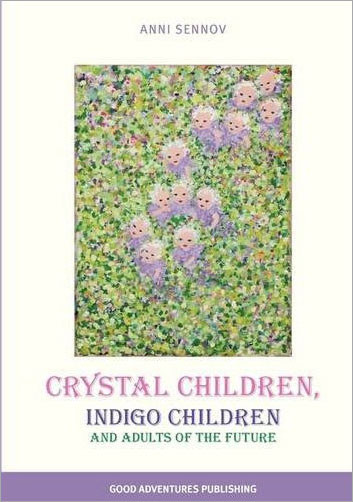 Crystal Children, Indigo Children and Adults of the Future

Once upon a time people believed that the Earth was flat and this was their truth, until somebody discovered otherwise. The world had changed, but in reality it was only people's view of the world that had changed, since the Earth had been round from its beginning.

Now the Earth is moving into a new time and a new spiritual dimension opens up within peoples' hearts. A spiritual dimension that has been there all the time, but which people were formerly incapable of comprehending and thus responding to. The pure spirit energy is right now about to invade the Earth completely. Not as a strong white light or a great holy Angel descending from above, but through all the children of The New Time who are born now and in the years to come.

Common to the children born from 1995 and onwards is that they all possess some characteristics and values very different from their parents and previous generations. Parents, grandparents, kindergartens, schools, as well the whole of society stand at the threshold of great challenges concerning the fulfilment of these children's future needs such as in education and human development.

It's critical for society to quickly learn more about these children, what they are like, what their needs are, and what impact they will have on all adults and our future society in general.

Anni Sennov was born in Denmark in 1962. She is the woman behind AuraTransformation, which is a powerful method for expanding your consciousness.

Anni Sennov is the author of more than 15 books about AuraTransformation, Crystal Children and Indigo Children, relationships as well as energy and consciousness, of which several books have been translated from Danish into multiple languages.

Together with her husband Carsten Sennov she is a partner in the publishing company Good Adventures Publishing and the management consulting and coaching company SennovPartners, where she consults clients on personal development, energy and consciousness.

Anni and Carsten Sennov have developed the personality type indicator four element profile that consists of four main energies corresponding to the four elements of Fire, Water, Earth and Air, which are each represented in all people in a variety of combinations of balance and strength.

In 1993 Anni Sennov started working full-time as an astrologer and healer, and later on as a clairvoyant advisor and Aura Mediator. She originally began her career in the financial world. Her great strength is her ability to clairvoyantly perceive multiple relevant circumstances regarding her clients' personality and consciousness. She has a very direct approach and consciously provokes her clients in order for them to open up their eyes to various interesting contexts in life.

In 1996, after several years of serious illness and years of intense work with New Age Energies, she gained access to consciousness-wise knowledge of the New Time Energy and the future human aura structure, which no one else was familiar with in Scandinavia at the time. This was the dawn of a new controversial trend of having your aura transformed to match the New Time Energy through an AuraTransformation.Anni Sennov's work and books have been discussed in various magazines, newspapers and on TV, mostly in Denmark, Norway and Estonia. 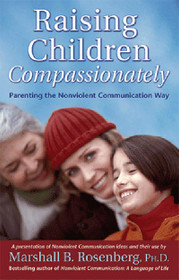 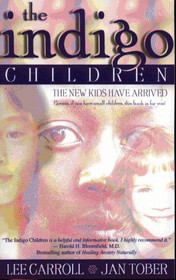 The Care and Feeding of Indigo Children $13.99 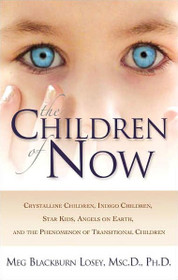 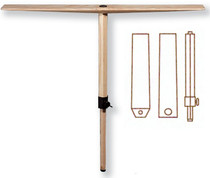 The Care and Feeding of Indigo Children
$13.99