The Kids' Guide to Service Projects

This guide has something for everyone who wants to make a difference, from simple projects to large scale commitments.

Kids can choose from a variety of topics, including animals, crime fighting, the environment, friendship, hunger, literacy, politics and government, and transformation.

A gold mine for kids who want to make a difference."
—NEA Today CrystalClarity The Land of Golden Sunshine This intensely affecting spiritual parable of the soul's journey is a poetic treasure, cherished by thousands of readers over many years.

The Land of Golden Sunshine" is a poetic treasure, cherished by thousands of readers over many years.

In this intensely affecting parable, Lisa, a young girl, is asked to choose between two eternally contrasting worlds: that of material pursuits and that of endless happiness and love-a spiritual "land of golden sunshine." Like Lisa, all people who sincerely seek truth must sooner or later hear in their soul the call to a higher life. How, if you hear the call, will you respond?

J. Donald Walters is known throughout the world as a spiritual teacher, lecturer, and author. He is widely known also as a singer, composer, poet, and playwright.

He first wrote "The Land of Golden Sunshine" when he was eighteen years old, following an inner experience that he described at the time as revelation. Although the story has undergone extensive poetic revision, including many changes for this edition, in its essential details it remains unchanged.

——Barbara A. Lewis is a national award-winning author and educator who teaches kids how to think and solve real problems. Her students at Jackson Elementary School in Salt Lake City, Utah, initiated the cleanup of hazardous waste, improved sidewalks, planted thousands of trees, and fought crime. They instigated and pushed through several state laws and an amendment to a national law, garnering 10 national awards, including two President's Environmental Youth Awards, the Arbor Day Award, the Renew America Award, and Pledge and a Promise Environmental Award. They have also been recognized in the Congressional Record three times.

Barbara has been featured in/on many national newspapers, magazines, and news programs, including Newsweek, the Wall Street Journal, Family Circle, CBS This Morning, CBS World News, and CNN. She has also written many articles and short stories for national magazines. Her books for Free Spirit Publishing—What Do You Stand For? A Kid's Guide to Building Character, The Kid's Guide to Social Action, Kids with Courage, and The Kid's Guide to Service Projects—have won Parenting's Reading MagicAward and been named "Best of the Best for Children" by the American Library Association, among other honors.

Barbara has lived in Indiana, New Jersey, Switzerland, Belgium, Utah, and Poland. She and her husband, Larry, currently reside in Park City, Utah. They have four children: Mike, Andrea, Chris, and Sam, five perfect grandchildren, and a forest of shy deer, a bold moose, busy squirrels, and feathered friends.

She is available to do keynote speeches and workshops on such topics as: service learning, problem solving, developing a program in gifted education, fighting crime, protecting the environment, working with government, community action, and studen—t leadership development.— 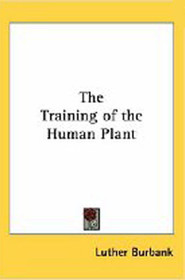