Secrets of the Soil

New Solutions for Restoring Our Planet

This book, a fascinating companion to The Secret Life of Plants by the same authors, tells the story of the innovative, nontraditional, often surprising things that certain scientists, farmers, and mystics are doing to prevent the slow degradation of our planet.

For example, using the techniques of Rudolf Steiner's biodynamic agriculture with its reliance on ethereal forces from the planets, Dan Carlson's growth stimulating Sonic Bloom, and rock dust fertilizer to revitalize depleted soils; or gardening with the help of truly amazing new technologies to reverse serious agricultural problems. The authors illustrate, in a truly enlightening and convincing manner, the pivotal role that the natural elements play in our lives, and the necessity of cultivating and sustaining a relationship with one most basic of them-the soil.

Early Schooling:Shortly after World War I, my parents travelled to Europe to study art, staying until 1940, placing me in schools in France, Italy, Switzerland, Britain: Prep School at Ferden School in Surrey, 1931-1933.

English Public SchoolLeft Fernden as Head Boy with Scholarship to Stowe School in Buckinghamshire where I studied English with T.H. White, author of Once and Future King, a powerful influence on my own writing. 1935 obtained Oxford & Cambridge school certificate with 5 credits. Entered Harvard College (class of '40).

Journalism:Left for job as war correspondent in Italy in 1939. Covered war in Italy for NY Herald Tribune bureau, broadcasting overseas news roundups for Mutual Broadcasting System. Covered for London Sunday Times and Times of India . Transferred to NBC for newscasts from Greece until the Germans entered Athens in April of 1941. Evacuated to Crete, until island invaded by German parachutists. Travelled from Cairo overland to Cape Town en route to cover war for NBC in Singapore.

U.S. at war:As war seemed imminent, decided to transfer from journalism to intellligence. Recruited in December of 1941 by Colonel (later Major General) William J. Donovan, FDR's Coordinator of Information, predecessor of OSS-OWI, to be parachuted into Italy on an intelligence mission.

Psychological WarfareThere being as yet no OSS organizaion capable of dropping me, edited the Italian Desk of the OWI's Voice of America until recruited for the Torch landings in Algiers, November, 1942, as Deputy to Chief of Psychological Warfare Branch.

OSSAfter paramilitary, parachute, and secret radio training at classified OSS-SOE Massingham facility near Algiers, landed at Salerno, September 9, 1943, to infiltrate agents into enemy territory. Sent by Donovan, on orders from General Mark W. Clark, commander of the Anzio expedition, into German-held Rome to organize uprising to coincide with Allied landings at Anzio, January 22, 1944.

The operation would have easily succeeded, promptly liberating Rome and avoiding five months of carnage, had it not been aborted by British General Sir Harold Alexander, over-all Allied commander in Italy, unaware of available intelligence. Spent five months in German-occupied Rome filing intelligence by secret radio to Allied command while promoting partisan activities in Northern Italy.Our timely warning of the major German attack against the Anzio beachhead, elicited from General Donovan two letters, one to President Roosevelt, one to the Joint Chiefs of Staff: "An OSS unit hidden in Rome set up a 24-hour watching service on the 12 main highways out of the capital. Five times daily they radioed to the Anzio beachhead vital intelligence;...At a critical moment in the battle the Rome team flashed word of an imminent German counterattack along the Anzio-Albano axis. This attack was hurled back only becasuse G-2 at Anzio knew where and when it was due. Colongl Langevin, G-2 of the VIthe Corps, stgatd that OSS might well be said to have saved the beachhead."

Four months later, June 4, 1944 I issued orders in the name of General Alexander, signed by me as OSS Officer in Charge, Rome Area, by which name and title I was known to them, to the two Italian generals commanding the police and the Open City of Rome, ordering them to protect all the utilities, water, gas, electricity, and the main radio station, and arrest German and Fascist deserters. Both generals promptly complied, deploying ten thousand armed men. Only a few skirmishes occured as the defeated German Fourteenth Army struggled to get across the Tiber river to safety. Late that afternoon, we delivered the Eternal City intact to the advancing Allies.

From North Italy a score of very efficient agents filed information directlty to Alexander's 15th Army Group, organizing parachute drops of weapons to partisan formations, leading troops as part of the partisan army that liberated over a hundred Italian cities before the arrival of the Allies. See the History Channel's Unsung Heroes of the War and The Unholly Battle for Rome.With the liberaion of Italy, I moved to France and Germany, and on to spearhead OSS activities into Berlin. Resigned OSS in 1946; declined to join CIA.

More JournalismIn 1948 I was re-hired by Edward R. Murrow of CBS to cover the elections in Italy, obtaining directly from the Minister of Interior a 24-hour scoop on the authentic Christian Democrat landslide victory, engineered by the CIA so that only the Right could win. Offered a correspondent's job covering Middle East, I preferred five years in Rome's "Hollywood-on-the-Tiber" studying film-making with Ponti-de Laurentiis, scripting two major features for the great German director, G. W. Papbst, The Voice of Silence , a Franco-Italian co-production, and The Odyssey for Paramount Films, plus a score of minor productions.In 1954 returned to New York to join CBS-TV as writer-director of hour-long weekly features: "Adventure" and "The American Week." Was offered job by Sig Michelson, head of CBS News, to set up a more rational system of filming news in Europe, a project subsequently vetoed by CBS management.In late summer of 1960 I was assigned by Murrow to prepare for a CBS Reports on Fidel Castro in Cuba. My discovery of Nixon's Bay of Pigs plot, (Not Kennedy's; he merely took the blame) obliged us to cancel the project, and me, unwillingly, to keep silent rather than involve myself in treason. Murrow resigned after CBS's shameful reaction to his Harvest of Shame Project . I left to freelance magazine pieces for The New Yorker, Esquire, Look, Life, The New Republic and a dozen foreign journals. Produced a score of books, including several best sellers, Book Club selections, reprinted in paperback, condensed, translated into some twenty languages. 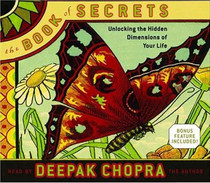 The Book of Secrets - Audiobook Abridged $18.00 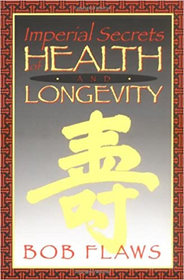 Imperial Secrets of Health and Longevity $9.95 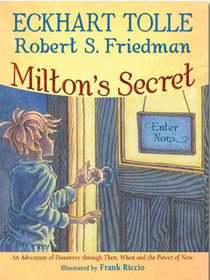 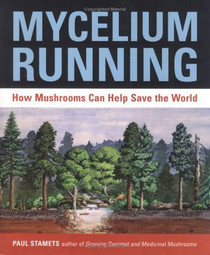