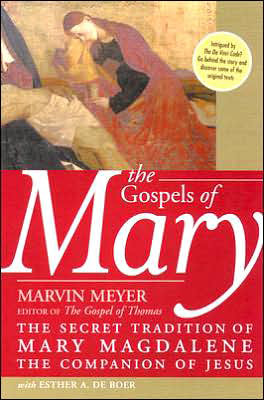 The Gospels of Mary

The Secret Tradition of Mary Magdalene

The Gnostic and New Testament texts together reveal the story and importance of Mary Magdalene.

Marvin Meyer, one of the foremost scholars of the Gnostic Gospels:

"One of the foremost scholars on Gnosticism now explores the fascinating and often misinterpreted woman known as Mary Magdalene. Following the recent whirl of interest in Mary Magdalene that was generated by The Da Vinci Code, Marvin Meyer (The Ancient Mysteries) delves into the earliest texts available to reveal a disciple of great spiritual maturity who was extremely influential in the survival of Christianity. Although he is doubtful of the grand conspiracies laid out in The Da Vinci Code, Meyers does believe that it was institutionalized sexism that caused Mary to be deliberately "marginalized" as a prostitute in the New Testament. "The portrait of Mary in literature and art as a reformed whore is impressive, but it is mistaken in terms of historical accuracy and literary interpretation," he asserts. "… It was not until the late sixth century that Po! pe Gregory the Great formally identified Mary Magdalene with the prostitute of Luke 7, and the identification stuck." In fact, Meyer claims that there is no convincing documentation to link Mary with the unnamed prostitute who washes Jesus' feet with her tears. Using his scholarly authority as well as extensive research supplied by Esther A. De Boer, Ph.D. (Mary Magdalene: Beyond the Myth), he helps Mary emerge from the shadows of Orthodox Church and gain her rightful place as the highly influential disciple and apostle of Jesus. He believes that Mary had a physical love relationship with Jesus, and was probably the mysterious "beloved" disciple that is mentioned in the Gospel of John. Furthermore, he believes that Jesus may have seen Mary as the most spiritually evolved disciple. Much of the book includes quotes and interpretations of the earliest literary sources available, including the recently discovered Gospel of Mary (written in the second century), as well as the Gospels of Mark, Matthew, Luke, John, Peter, Thomas, and Phillip."

"[Sheds] new light on the role and the spiritual importance of Mary Magdalene in the early Christian tradition."

He is director of the Coptic Magical Texts Project of the Institute for Antiquity and Christianity at Claremont Graduate University, Fellow of the Jesus Seminar, and a past president of the Society of Biblical Literature (Pacific Coast).

One of the foremost scholars on Gnosticism, the Nag Hammadi library, and texts about Jesus outside the New Testament, Meyer is the author of numerous books and articles on Greco-Roman and Christian religions in antiquity and late antiquity.

Meyer's books and articles have been translated into Spanish, Portuguese, French, and Japanese. He teaches courses on religion and values, the New Testament and early Christianity, Greco-Roman and Egyptian religion and culture, the life and thought of Albert Schweitzer, and peace studies.

The recipient of many awards and grants, Meyer completed his M.Div. degree at Calvin Theological Seminary in Grand Rapids, Michigan, and his Ph.D. degree at Claremont Graduate University. 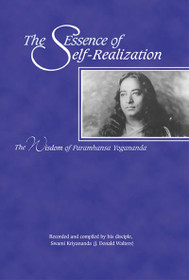