Francis of Assisi (1182-1226) was the least dogmatic of saints, seeing himself as God's troubadour or fool. His life was a rich succession of dramas.

After his life as a young playboy, merchant and soldier, he devoted his life to the poor and sick. In 1224, marks similar to Christ's wounds appeared on his hands, feet and side, the first recorded case of the stigmata. Today, nearly three million people a year visit his tomb in Assisi.

"The world would not seem to need another biography of Francis of Assisi, the Italian saint who has charmed the religious and the irreligious alike in the eight centuries following his death in 1226. Indeed, House, who has spent many years in the publishing world in London, begins this one with an explanation for having added to the "legion" of books about the saint. Quite simply, he confesses, he was curious about Francis and "this book is the result." It is a happy one at that. The four years House devoted to writing about and researching the life of Francis were clearly well spent; his book is not only comprehensive in treatment but superbly written. He draws the reader into the saint's life with the ease of a master storyteller who has organized the details so skillfully as to allow them to do the work of spinning the tale. His method of setting Francis in the context of the times that shaped him is especially effective. He explains, for example, how dreams were taken seriously in the Middle Ages and how they in turn were significant to Francis in discerning his spiritual calling. Without casting Francis as a modern environmentalist or feminist, House nonetheless shows how the saint's great love for creation and regard for women captured the essence of these later movements. House's approach also gives the relationship between Francis and St. Clare new texture and meaning without overly romanticizing it. By writing for those of any or no faith, the author has given aficionados of Francis and Clare as well as the merely curious much to savor. (Mar.)Forecast: Although the market is comfortably full of biographies of this popular saint, this title offers additional crossover appeal to women and those interested in ecospirituality. This biography attracted stellar reviews when it was published in the U.K. last year; Hidden Spring will support the book's U.S. debut with national publicity, New York and San Francisco author engagements and a 500,000-piece direct mail campaign."

"House has provided a sizzling tale of adventure and spirituality within the format of a biography of St. Francis. An enormous amount of legend surrounds the few historically certain facts of the saint's life, but the author displays his awareness of the problem. Acknowledging that he is not a historian, House is still able to produce a work that makes creative use of both historical and legendary material while always being conscious of the historical roots. Three things make his work different from others. First, he makes the most of the "almost continuous drama of [Francis's] life without sacrificing accuracy." Second, he effectively sets Francis's life within the social, economic, military, and religious forces of Italy during this time (1182-1226). And third, he shows in detail how the lives of Francis and Saint Clare were interwoven. Beginning with Francis's youth, including his military time, House describes the visions of Francis, his relations with various Popes, and the eventual founding of the Order. His description of events at the end of Francis's life are especially interesting. What results is not a spare presentation of historical facts but a vivid, interesting, and readable extended historical speculation on St. Francis."

"This highly readable biography of one of Catholicism's most famous saints also works as a history of Francis' times. With the story of Francis well known (if shrouded in legend), House concentrates on placing the saint in an appropriate historical context, making this book as much about the social, economic, political, and, of course, religious forces that were colliding in Europe and elsewhere in the twelfth century as it is about the faith of one man. Still, Francis does come very much alive here, and his evolution is fascinating to watch. To some extent, this is also a biography of Saint Clare, who founded an order of nuns based on Francis' model, and the picture of the relationship between the two saints, who also happen to be a man and woman, adds a certain frisson to the story. Featuring an introduction by award-winning biblical historian Karen Armstrong, this vivid account should find a place on most public-library religion shelves."

"In a biography as good as this it is difficult to know what to praise most..."

"...a book to be grateful for. It is a beautifully clear exposition of a life that is worth emulating." 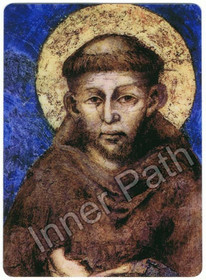 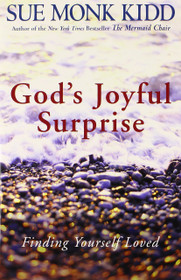 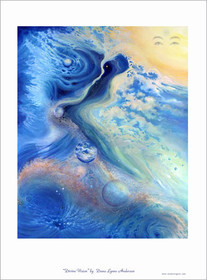 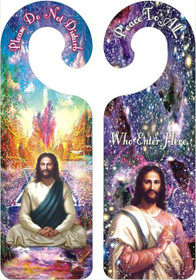