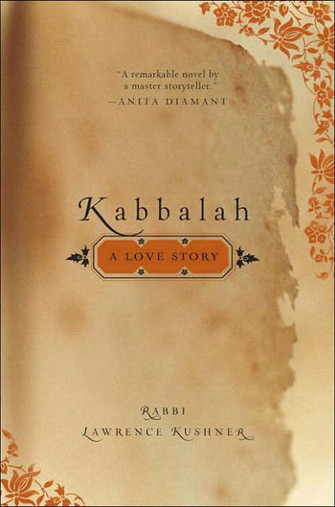 Hidden within the binding of an ancient text that has been passed down through the ages lies the answer to one of the heart's eternal questions, revealed in this fiction love story.

When the text falls into the hands of Rabbi Kalman Stern, he has no idea that his lonely life of intellectual pursuits is about to change once he opens the book.

Soon afterward, he meets astronomer Isabel Benveniste, a woman of science who stirs his soul as no woman has for many years. But Kalman has much to learn before he can unlock his heart and let true love into his life.

The key lies in the mysterious document he finds inside the Zohar, the master text of the Kabbalah.

"Although Kabbalah has become one of today's pop-cultural buzzwords (yo, Madonna!), neither this mystical branch of Judaism nor its masterwork, the Zohar, a mystical commentary on the Torah, are well understood. In his first novel, Kushner bypasses the instructive tone used in his nonfiction and plunges into the heart of Kabbalah, opening up the topic so that stories about time, history, and love come swirling out. On one level, this is the story of Rabbi Kalman Stern, a failure, certainly, in love; deserted by his wife, he has not opened himself to a woman in 20 years. The most important thing in his life is a 1697 printing of the Zohar. A letter hidden inside the book, which offers startling insights into creation, heightens his search for meaning both in the outside world and in his own life, where an astronomer, Isabel Benveniste, is pecking at his shell. But Stern's is not the only story unfolding in this multileveled novel. A Kabbalastic scholar in thirteenth-century Spain meets an inspirational woman of intellect and beauty. A young man on a train to a concentration camp learns from an authority on the Zohar. Everything circles back on itself, paralleling the way the Zohar suggests the world is structured. As much meditation as mindbender, this is a book that one experiences rather than merely reads. Not everything works--the ending is predictable, bordering on hackneyed. But Lawrence poses many challenging questions, and the answers will be as individual as the readers."

Lawrence Kushner is the Emanu-El Scholar, in-residence at the Congregation Emanu-El of San Francisco, where he devotes his full energies to teaching and writing. He also serves as Visiting Professor of Jewish Spirituality at the Graduate Theological University in Berkeley. Prior to this, he was Rabbi-in-Residence at Hebrew Union College-Jewish Institute of Religion in New York City where he taught spirituality and mysticism and mentored rabbinic students. He presently continues as an adjunct member of the faculty. Before that, he served for 28 years as the rabbi of Congregation Beth El in Sudbury, Massachusetts. Kushner is widely regarded as one of the most creative religious writers in America and is highly sought after as a lecturer and teacher. Through his lectures, articles and 15 books (translated into six languages), he has helped shape the present agenda for per-sonal and institutional spiri-tual renewal.

He originated the concept of synagogue havurot, family fellowship groups, led his former congregants to publish their own prayerbook, V'tahaer Libenu (Purify Our Hears), which was the first gender-neutral liturgy ever written, and has conducted over 75 kalla week-ends for personal religious growth. He was the first Rabbinic Chairman of Reform Judaism's Commission on Religious Living and has been a commentator on N.P.R.'s All Things Considered.

A native of Detroit, Michigan, he graduated Phi Beta Kappa from the University of Cincinnati and was ordained rabbi from the Hebrew Union College in 1969. He and his wife, Karen, have three adult children. He likes graphic design, hanging around sailboats and is trying to learn how to play the clarinet. 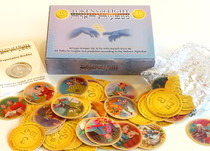 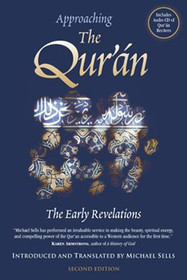 Wherever You Go There You Are - Mindful Meditation in Everyday Life
$16.00