How to Deepen Your Spiritual Life - CD

From Treasures Along the Path

In this talk Swami Kriyananda explains that when we do good works and serve God, we move beyond our little selves and become God's instruments. We come to realize that we are a part of a greater reality and our sense of identity expands.

In anything we do, we limit ourselves if we come from our ego and think "I am doing this." We gain freedom and power with the perspective that "God is doing this through me" or "we (God and I) are doing this together."

This individual CD is a special introductory offer.

Treasures Along the Path is a subscription club, similar to a book-of-the-month club. Once a month, Treasures sends out to its members a digitally re-mastered talk by Swami Kriyananda, chosen from Ananda's archives dating back more then 36 years. These talks are available in CD, Cassette, or MP3 format.

If you would like to find out more about membership, please visit: http://www.ananda.org/sangha/treasures/index.html

“Your openness, your undeviating devotion to life and service, and your joyous good humor express themselves in your book… it came to an end too soon!”–Ken Keyes, Jr. best selling author of Handbook to Higher Consciousness

Energy of Prayer: How to Deepen Your Spiritual Practice $12.95 How to Recognize and Trust Inner Guidance - CD
$9.95 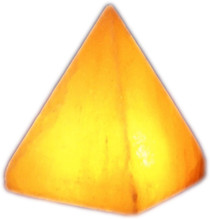